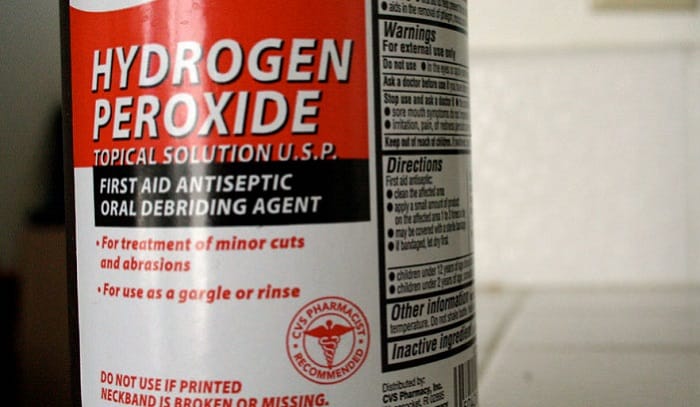 Do you often find yourself asking, how do I put hydrogen peroxide in my hot water heater? The process is as simple as adding one to two pints of 3% hydrogen peroxide for every 40 gallons of hot water tank capacity. Completing this step should help you address any health issues related to your hot water.

Adding hydrogen peroxide to a hot water tank is one of the best ways to eliminate the rotten egg smell and kill bacteria in the water. Unfortunately, not everyone knows the correct procedure. If you’re one of them, I’m glad you’re here.

Things You’ll Need for This Guide 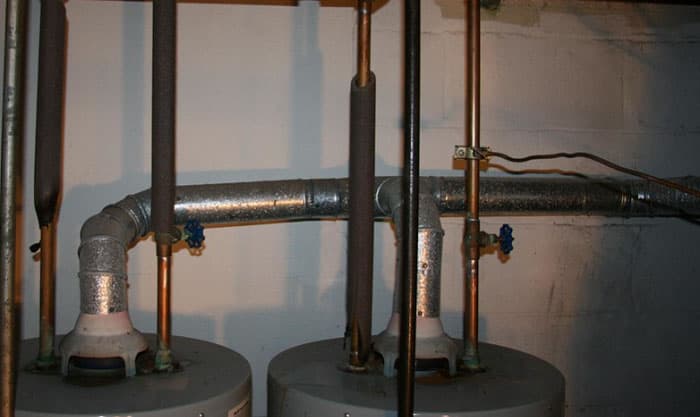 You can prepare the following items for this activity.

The rotten egg odor you smell from your water comes from hydrogen sulfide-producing anaerobic bacteria. These microorganisms are more pronounced in hard water. Although the chalcogen hydride gas doesn’t threaten our health, it can turn drinking water into an unpleasant experience.

Hydrogen peroxide contains two oxygen atoms, saturating the anaerobic bacteria with oxygen, leading to their inactivation. That’s no bacteria, no chalcogen hydride gas, and no rotten egg smell for you.

2. Other Tools and Materials

You’ll need a hose for draining the water from the tank and a bucket for holding the water. An adjustable wrench is also handy in removing the hot water outlet pipe.

Steps for Adding Hydrogen Peroxide to a Water Heater 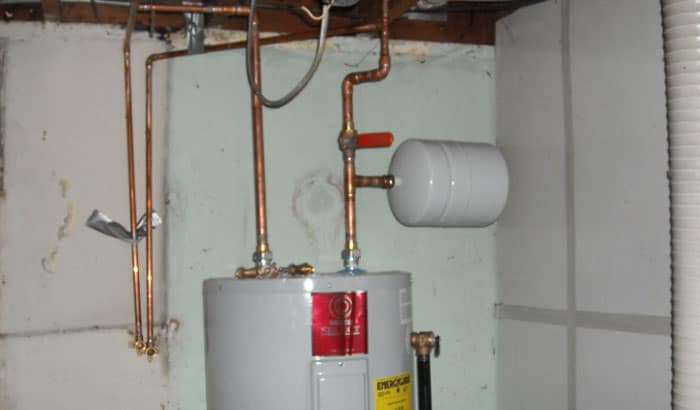 Step 1. Switch off the power supplying the water heater.

The first step in adding hydrogen peroxide to the water heater involves shutting off the power supplying the appliance.

Remove the plug from the electrical outlet and turn off the water heater’s circuit breaker at the distribution panel if you have an electric water heater.

Gas water heaters have a main gas supply valve that you can turn off. It would also be best to twist the gas control knob into the PILOT position, making it easier to restart the water heater upon completing this project.

You’ll be draining some of the water in the tank. It would be wise to close the water inlet valve to prevent cold water from entering and filling the tank. Otherwise, you won’t have sufficient space to accommodate the hydrogen peroxide.

Some homeowners prefer closing the valve at the main water supply line. Unfortunately, doing so robs other people in your house of the chance to use the water. If you prefer this method, I suggest scheduling this activity when nobody is at home.

The tank contains 130 to 140-degree water that can scald you if you’re not cautious. Heated water also creates pressure, which can also cause harm. That’s why it’s best to relieve pressure in your tank before you can add hydrogen peroxide to the water heater.

Open the temperature and pressure (T&P) release valve to reduce intra-tank pressure. You can facilitate this by opening two hot water faucets nearest the water heater. Close the faucets after pressure relief.

Wait for about two hours to cool the water, lest you court harm.

Pro Tip: Inspect the T&P valve for signs of corrosion or damage, requiring a replacement.

Step 4. Connect a hose to the water heater’s drain port.

Get a hose with the correct adapter for the water heater’s drain port. Connect the hose to the port and extend it towards a floor drain. If you don’t have this system in your home, I suggest using a large container to hold the water you’ll remove from the hot water tank.

Pro Tip: You can install a hose bib cap to the water heater’s drain port to protect you against leaks.

For example, if you add three pints of hydrogen peroxide, you must also drain three pints of hot water. It can be challenging to estimate how much water you’ve already removed. Don’t worry because you’ll also refill the tank later.

CRC Plumbing has an excellent video on draining a water heater worth watching.

You’ll need an opening for the hydrogen peroxide to pass through, such as the hot water outlet pipe. Some people prefer removing the anode rod or the T&P valve. However, I would advise you to be cautious if you decide to use these ports.

I suggest inspecting the anode rod if you decide to remove it as an opening for the hydrogen peroxide. A severely corroded magnesium anode rod can also produce a bad odor. If it’s already more than three years old, you might want to replace the magnesium anode rod with a zinc or aluminum rod.

Open the inlet water valve to fill the water tank. As mentioned, it’s okay if you drained more water than the amount of hydrogen peroxide you added.

Ensure to close all faucets and water fixtures. Check the tank to see if it’s full, and close the inlet water valve. Leave the hydrogen peroxide in hot water heater for three hours to freshen the tank.

Next, turn on the water heater’s drain valve and empty the water from the tank. Not only does this step remove the hydrogen peroxide solution, but it also flushes everything through the system.

Note the water’s smell. It should already be free of the rotten egg scent. There shouldn’t be a whiff of hydrogen peroxide, too. Continue flushing the system until you get fresh-smelling water.

Step 10. Refill the tank and restore power to the water heater.

Close all faucets, fixtures, and the hot water tank’s drain valve. Leave it for 15 minutes once full before reestablishing power to the water heater.

I also suggest opening all water fixtures and faucets to purge the pipes. Close them once complete.

Switch on the electric water heater’s circuit breaker and plug it into the electrical outlet. For gas units, turn on the gas supply and control valves.

Unfortunately, it takes time to complete the activity. It’s best to schedule this when no one is around.

I hope you had fun following this tutorial because I did. Do you think your friends will find this guide beneficial, too? If you think so, would you share it with them? I’d appreciate it very much if you could also send me your thoughts about this article.