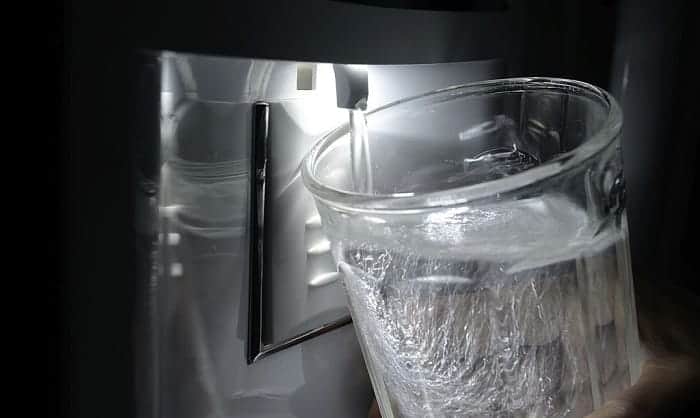 Noticed a cloudy appearance and a bad taste in your water after installing a new refrigerator water filter? That’s due to loosened carbon particles in the filter caused by manufacturing and shipping. Hence, you’ll need to flush your water filter.

In order to have a consistently clean water supply, it’s crucial to maintain your fridge’s water system. You should flush out carbon particles from a new filter, or flush the refrigerator water line that has accumulated contaminants. Read on to be guided on how to flush refrigerator water filter. 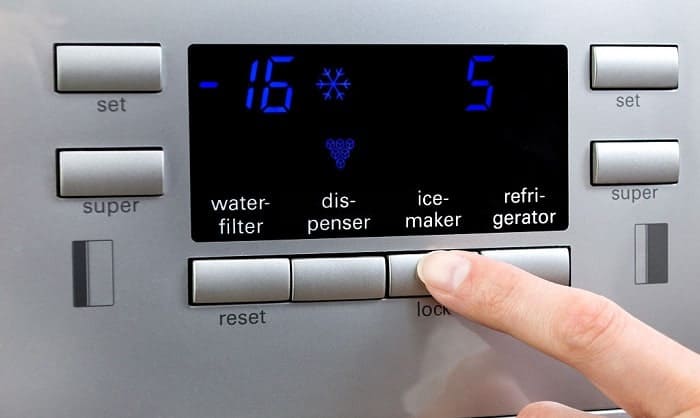 Flushing a refrigerator water filter is a simple process. Anyone can easily do it. And it doesn’t even require any electrical or plumbing tools. All you need are just a few things, which are listed below. 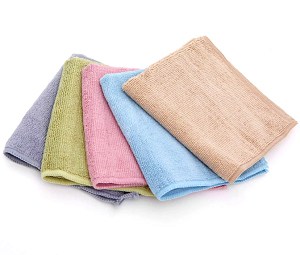 When you flush out a water filter, you will pour out several gallons of water from the water dispenser. That means you would have to collect the carbon-tainted water with a large pitcher several times.

And you wouldn’t want the floor to get wet from accidental spills nor would you want to accidentally slip on a wet floor and fall. I recommend getting a rag or towel to place on the floor by the water dispenser to prevent your floor from getting wet while you let the carbon-tainted water flow out of the dispenser. 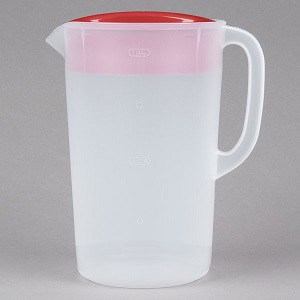 Since you would have to let a lot of water run through a new filter to totally clear out the loose carbon from it, you would need a pitcher large enough to collect a large volume of water.

But it also has to be just the right size to fit under your fridge’s water dispenser, like a two-quart pitcher.

The use of a two-quart pitcher would help make the process more efficient, as it can accommodate larger amounts of water as compared to a smaller one or a glass. And it would also mean fewer repetitions in collecting water from the dispenser.

You can discard the water you collect with your pitcher down the sink drain. Or if you don’t want all that water to go to waste, you may recycle it by using it to water your plants. 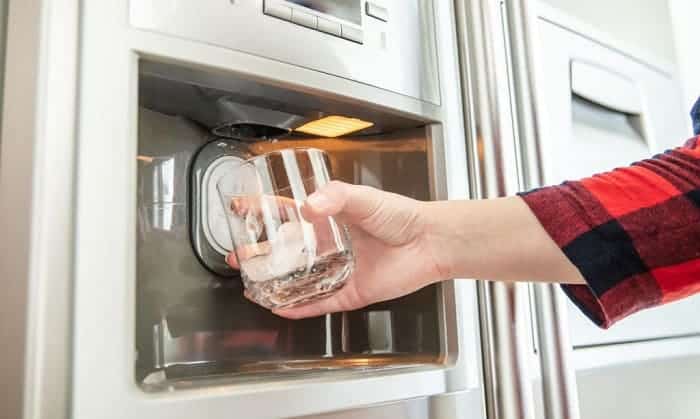 The procedure isn’t so complicated. It is repetitive though, as all the water that would run through the filter would have to be collected with just a pitcher. Nevertheless, the effort is worth having carbon-free water and a consistent supply of clean water for everyday consumption.

Step 1: Place a Rag or Towel on the Floor

A rag or a towel would be needed as a precautionary measure before starting to flush your new refrigerator water filter. You should cover the portion of your floor that’s around the water dispenser in your fridge with a rag or a towel. This would help absorb any spills in the process and prevent you from accidentally slipping.

Step 2: Press on the Water Dispenser Lever and Use a Large Pitcher to Collect Water

Press on the water dispenser lever and start collecting water. You would need to run about three to five gallons of water through the refrigerator water filter to ensure that it has been totally rid of the loose carbon particles.

Once the pitcher is filled with water, just discard the water in the sink, or you can water your plants with it. Keep repeating the collection and discarding of water until you’ve already run three to five gallons and noticed the water has become clear.

If your refrigerator only dispenses ice and not water, you must discard the blocks of ice that come in the two first batches.

Did you find this article on how to flush refrigerator water filter a pleasure to read? Tell us in the comments section. Being of help is our pleasure, so if you found this helpful, perhaps you could also share it to help others too.