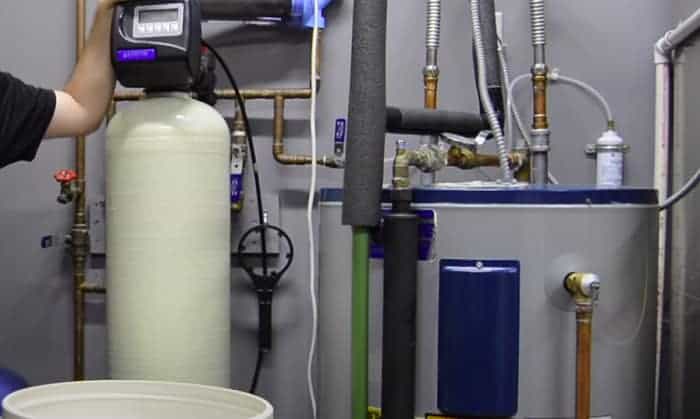 During this process, the water treatment component is cleaned, and trapped hardness minerals are flushed out. As a result, your softener can continue to operate well.

How Does a Water Softener Work?

A water softener does its softening through ion exchange. It’s a process that utilizes salt, gallons of water, and a bed of resin that’s lined with negatively-charged beads.

As tap water runs through the softener, the positive ions in the water, magnesium, and calcium stick to the resin bed and are replaced with salt – hence the term ion exchange.

Why Does a Water Softener Need to Regenerate? 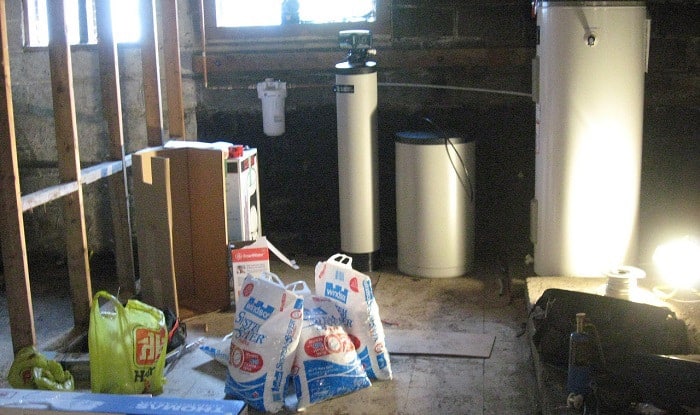 After several softening cycles, the resin bed will get clogged with the minerals it has been collecting. A resin bed that’s chock full of calcium and magnesium won’t function well in ionic exchange, and so it needs to be rinsed out and refreshed.

To regenerate your water softener means flushing out the solids that have accumulated in the resin bed. The softener does this by pouring out a brine solution, which washes the bed of resin and removes the magnesium and calcium crystals that have been stuck there.

Once the resin bed has been rid of the hard ions, the regeneration process finishes with the brine solution being drained out – leaving your water softener refreshed and ready to take on another batch of hard water.

How Does my Water Softener Regenerate?

Because domestic water softeners are built to be user-friendly, they are regenerated automatically via time-initiated or demand-initiated regeneration.

Time-initiated regeneration works in intervals, with the main setting set to once within a few days. You can adjust it to be more frequent, such as once or twice daily.

On the other hand, water softeners set to regenerate on a demand-initiated setting will depend on the amount of water used.

Since water softeners regenerate independently, the only time you’ll ever need to open them is for troubleshooting or general cleaning.

How Will I Know the Water Softener Is Functioning? 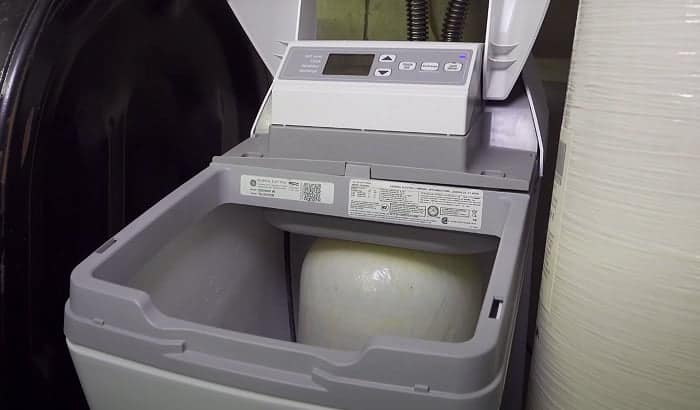 To find out if your water softener works, you can test the water it’s produced. Soft water and soap lather very well together, so if you wash your hands and see more bubbles than usual, this means your water softener is doing its job. Even without soap, you’ll notice that soft water is a lot more agreeable to the skin.

However, after some time, when the resulting water is leaving chalky spots on the surface of your sink, it may be time to clean your water softener. Minerals could get into places in the softener that rinsing alone can’t take out, so it’s best to check on the quality often to see if your water softener needs its general cleaning.

How Do I Troubleshoot my Water Softener?

Now and then, your water softener will come across some problems. Most of the time, it can easily be solved with a quick fix. Over time, the softener will have hardened salt crystals in the bottom of its tank, which you can break up and rinse out.

Similarly, valves could also have moved, and you can realign them to the proper positions so that the system can work properly.

When you notice that not enough water is getting into the brine tank, you can access the float switch to check if it functions without difficulty. Otherwise, you’ll have to clear out the brine talk.

On the other hand, if there’s excess water in the brine tank, check the valves, tubes, and drain hose for any signs of blockage.

How Do I Clean my Water Softener?

While a water softener is set to regenerate itself automatically, it will still need to be cleaned occasionally. Because it’s dependent on salt, the tanks inside a water softener could present some salt bridging.

This crusty collection at the bottom of the tank prevents the salt from dissolving into the brine solution and, overall, messes with the regeneration cycle. You can easily break off the salt bridge with something unsharpened so that you can help the machine dissolve the clumped-up salt.

Additionally, a softener could also present you with salt mushing, a salty, muddy buildup that accumulates at the tank’s bottom. The mushy salt raises the level of the water and blocks the brine solution from flowing, which could permanently damage your water softener. The only sure way to clear out mushy, muddy salt is to drain water from the softener and replace the old salt with new salt.

Above are our answers to common questions like how long does water softener regeneration take, and how do I clean my water softener. We hope they help you in its maintenance.

Water softeners are quite the household perk — able to provide you with water that isn’t hard, harsh, or chalky. If you live in a home with sensitive-skinned family members, a water softener is a good investment that will reward you in the long run.