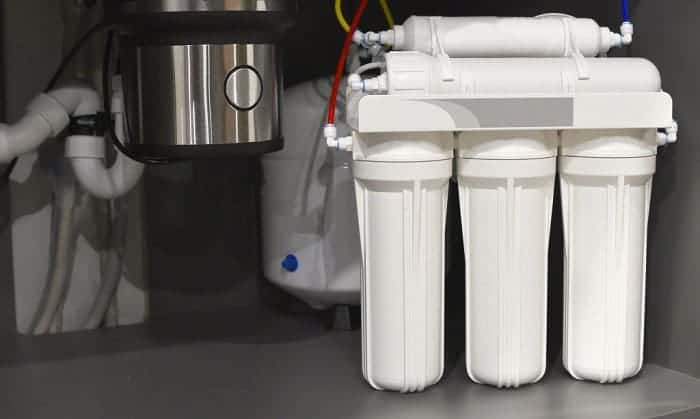 If you’ve ever seen a toothpaste commercial, you’ve definitely heard about fluoride. It’s the powdery stuff that is said to protect your teeth from tooth decay.

For decades, trace amounts of fluoride have been added to most municipal water supplies to mandate dental health. State governments, dental associations, and some water filter companies support water fluoridation for communities.

However, fluoride may be harmful in excess – causing problems in bones and neurological development. Now, there is a need to filter out what was initially deemed helpful. But do water filters remove fluoride? Let’s investigate.

The chemical element fluorine (F) is abundant in the Earth’s crust in the form of fluorides. It’s naturally found at low concentrations in freshwater, seawater, soil, plants, rocks, and the air.

In the 1950s, fluoride was discovered to have prevented tooth decay among children. It turns out that trace amounts of fluoride minerals in the water supply remineralized tooth enamel. This discovery eventually led to several municipalities incorporating a recommended fluoride level to their water supplies, resulting in a significant decrease of tooth problems among children and adults in different communities.

The Centers for Disease Control and Prevention named community fluoridation as one of the most outstanding public health achievements of the 20th century. It is endorsed by the American Dental Association, the U.S. Surgeons General, the World Health Organization, and the American Academy of Pediatrics.

These studies and recommendations also paved the way for fluoride to be incorporated in almost every over-the-counter dental product, such as toothpaste and mouthwash.

Whenever fluoride is mentioned, you would automatically think it’s tooth-related. As it turns out, it’s also used in other applications. Fluoride is used in medical imaging scans, cleaning agents, pesticides, and even in Teflon, steel, and aluminum products.

Why is Fluoride Harmful? 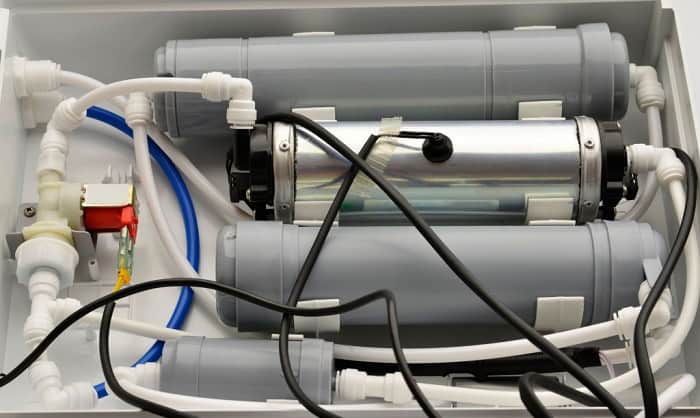 Chemically-speaking, fluoride is a weak base. It’s a colorless and powdery substance that is harmless in trace amounts. However, fluoride can be corrosive to surfaces and is harmful to human skin in concentrated amounts.

Currently, there’s a lot of debate and controversy about community water fluoridation. In an age where fluoridated dental products are more accessible and affordable, fluoride in your drinking water may do more harm than good.

Can I Remove Fluoride From my Water?

You may be hoping for fluoride to be removed by water filters easily, but it turns out to be more complicated than that. Because many prominent organizations back community water fluoridation, most bigwig water filter companies manufacture their domestic filters to let fluoride through or allow only trace amounts to be taken out.

Water filter companies PUR, Brita, and ZeroWater, provide you with filters that improve your water’s taste but will not remove the fluoride in your water.

Things may seem bleak in this battle against excess fluoridation, but don’t worry. There are ways to remove fluoride, and luckily, it need not be complicated.

Activated carbon may be no match for fluoride, but a bone char filter is here to address that. Bone char is activated carbon made from cleaned and selected animal bones. It is by far the most affordable and efficient way to remove fluoride from your water.

When fluoridated water passes through a bone char filter, the fluoride minerals stick to the hydroxyapatite crystals in the bone char – exchanging the fluoride ions with hydroxide ions and effectively removing about 90% of the fluoride in the water.

On the pricier side, you have reverse osmosis systems that remove about 90% of fluoride from tap water. Reverse osmosis works by forcibly pushing the water through a semipermeable membrane – blocking mostly everything else and allowing only water molecules to pass through. It’s one of the most effective water purification methods because it removes contaminants, bacteria, viruses, and of course – fluoride.

Another inexpensive option is gravity water filters. These filters are two containers stacked on top of each other and are equipped with two or more filter mediums. You pour the water on the top container, and gravity pulls it to the bottom container – allowing the water to pass through the filter mediums slowly but surely.

Gravity water filters are easy to install, portable, and comparably better at removing fluoride than reverse osmosis systems. They remove about 97% of fluoride minerals from tap water, owing to this percentage to the painstakingly slow filtration process. You’ll need a lot of patience for this one, but the results will be worth it.

If you’re looking for something a little bit more convenient, you might want to consider a pitcher water filter. These filters are portable, inexpensive, and easy to use. Now while most pitcher filters are incapable of removing fluoride, there are a few ones that do.

Some pitcher water filters by Aquagear and Epic Pure are sleekly designed and are just as conveniently efficient as their fluoride-loving counterparts.

Are There other Ways to Remove Fluoride From my Tap Water? 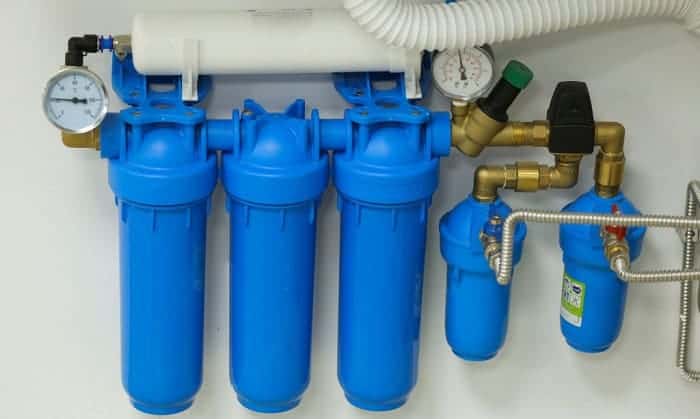 Besides filtering out fluoride, it is also possible to distill it. Distillation turns out to be very effective in removing fluoride from tap water and being an effective water softener.

The distillation process involves boiling water, capturing its steam, allowing that steam to condense, and placing the resulting liquid (distillate) onto a separate container. Because the process removes salts and minerals, it can remove fluoride – which is a mineral – too.

One of the drawbacks of distillation is that it takes too much time. Even if you manage to purchase your home distillation system, don’t expect fluoride-free water at a whim. The other downer is that your water will taste very flat and bland – an effect of removing the salts and minerals that contribute to water’s taste.

What Happens if I Drink too Much Fluoride?

While dental fluorosis may not be anything more than just a noticeable stain on the enamel, fluoride is actually capable of greater health risks.

Let’s assume you paid no mind to your city’s fluoridated water and continued to drink water straight from your tap. The continuous ingestion of fluoride will increase the chances of getting skeletal fluorosis – which is when your bones become rigid and inelastic. Not only does this increase the risk of you getting fractures, but you’ll also experience constant joint pains.

In the worst-case scenario, sudden exposure to large quantities of fluoride will cause fluoride poisoning. The effects of which include abdominal pain, excessive drooling, nausea, and seizures.

How Much Fluoride is Safe to Drink?

The American Dental Association (ADA) recommends community water supplies of the fluoride content of 0.7 ppm as best for dental health, as a concentration above 4.0 ppm could be hazardous. This is said to ensure the effectiveness of fluoride against tooth decay while minimizing the risk of fluorosis.

Hoping you learned from this post on “do water filters remove fluoride.” Remember, trace amounts of fluoride are beneficial for your dental health – but not all of it has to come from your water. Since drinking fluoride continually isn’t a good idea, you should start picking out the right water filter for your fluoridated water.

As the founder of Usawaterquality, I have been working to deliver quality advice on utilizing water components for numerous households. Here, we believe that water quality is the most critical part of health care, so the investment and attention for the water system will never go to waste.