You’ve probably heard of fluoride in numerous toothpaste commercials before. Fluoride is a powdery substance that’s naturally found in the soil. It has properties that can protect teeth from cavities. 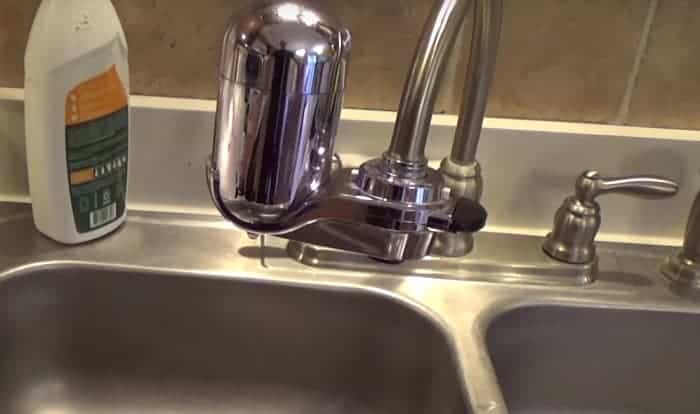 Because it’s from the ground, fluoride manages to find its way into your water supplies. In some municipalities, water suppliers add fluoride into the water on purpose to promote dental health.

While it’s totally fine to drink water with a little bit of fluoride in it, too much of this substance can cause unwanted conditions like dental and skeletal fluorosis. Although governments have restrictions on the amount of fluoride in water to prevent such problems, some people feel safer if they can remove fluoride in their own home.

Thankfully, there are ways to do this – and it’s a lot simpler than you think. Water filters are as convenient as they come, and while not all of them can easily remove fluoride, those that can are very efficient.

A quick look at the periodic table and you’ll find fluorine (F) – an abundant chemical that can be found in the Earth’s crust as fluorides. Trace amounts of fluorides are in freshwater and seawater, as well as in plants and rocks.

Around the 1950s, researchers found out that children who had been ingesting fluoride in the water were significantly less likely to develop tooth decay. This led to multiple cities in America implementing an ideal fluoride level for their water sources.

The discovery of fluoride’s dental perks paved the way for it to be added to mostly all over-the-counter dental products, such as toothpaste and mouthwash. City-wide water fluoridation is backed up by the American Dental Association, the American Academy of Pediatrics, and the World Health Organization.

How Harmful Is Fluoride? 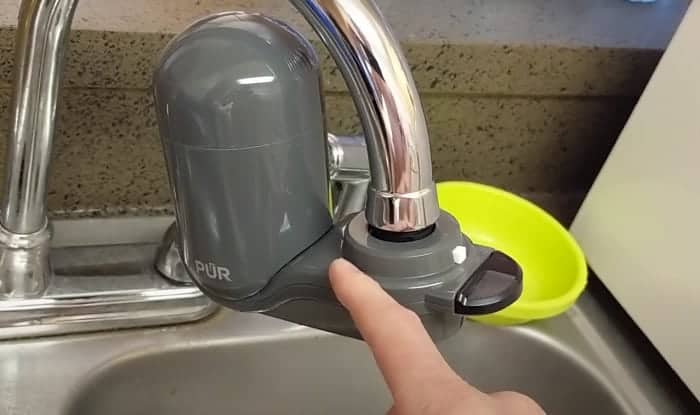 Excess fluoride on teeth could make them brittle and might lead to dental fluorosis – staining teeth with random white streaks.

Despite it being endorsed by multiple official organizations, there has been an ongoing controversy about city-wide water fluoridation. Some people believe water with fluoride is detrimental to humans, causing issues like bone disease and arthritis.

Research on the purported harms of fluoride on human health can be conflicting. For example, a 2006 study concluded that fluoridated water was associated with an increased risk of bone cancer in males. However, a 2016 study found no relationship between the two.

If you want to be extra cautious and avoid consuming fluoride, it’s possible to remove it from your water using filters.

How Do I Remove Fluoride From My Tap Water?

Most common water filters, such as those manufactured by PUR, will remove most contaminants – but will let fluoride pass right through. This is because activated carbon, the material that’s common in most water filters, is unable to filter out fluoride.

However, a variation of activated carbon called a bone char filter can save the day. A selection of animal bones is cleaned and ground up to make a bone char filter, and is one of the most efficient and affordable ways to eliminate fluoride from tap water.

Bone char filters are useful because animal bones are made up of hydroxyapatite – which is a substance that also makes up the enamel of human teeth.

As fluoridated water is filtered through a bone char filter, fluoride instantly attaches to the hydroxyapatite crystals — in the same manner that fluoride sticks to your teeth. The exchanging of fluoride ions with the hydroxide ions results in about 90% removal of fluoride from the water.

Another effective way to remove fluoride is with the use of gravity water filters. These filters are portable, easy to use, and can remove about 97% of fluoride minerals from water.

A gravity water filter is made up of two stacked containers with several filter mediums in between. As you pour water from the top, gravity brings it down to the bottom – slowly removing dissolved solids, contaminants, and fluoride.

Even though most pitcher filters aren’t built to remove fluoride, those that do can be a practical option. Fluoride-removing pitcher filters manufactured by Epic Pure and Aquagear are convenient to use.

Another surefire way to eradicate fluoride is through reverse osmosis, which forces the fluoridated water through a semipermeable membrane. Although a little more on the pricey end, reverse osmosis systems are by far the most effective ways to purify water as they also remove viruses and bacteria.

The Facts On Filters And Fluoride

While a little bit of fluoride will help your teeth get strong, too much of it will do more harm than good. While the debate carries on about city-wide water fluoridation, you can protect your teeth by knowing what filters work best against fluoride.

We hope this article has helped you answer questions like “Do PUR Water Filters Remove Fluoride?” and “How can I remove fluoride from water?”.