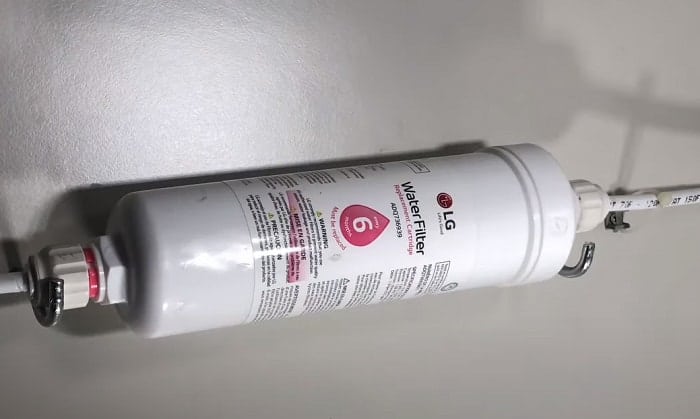 Refrigerator filters can work wonders on your water supply, making it safe for drinking and making ice. Being able to enjoy the benefit of clean water from your refrigerator filter entails the responsibility of changing it regularly because there are dangers of not changing refrigerator water filter.

Typically around six months, a refrigerator filter would be filled with contaminants and require replacement. Failing to replace your filter would result in the ingestion of harmful contaminants, damage to your fridge, etc.

The Adverse Effects of an Unchanged Refrigerator Water Filter

Dangerous to Your Health

As a refrigerator water filter does its job in filtering your water supply of harmful contaminants such as sediments, lead, volatile organic compounds (VOCs), and chlorine, these contaminants build up in the filter over time. If you fail to change your refrigerator filter, your filter will remain clogged and be way too full of catching any more contaminants.

Congested with all sorts of dangerous particles and substances, an old refrigerator water filter make you sick because you can no longer get contaminant-free water and ice from your dispenser. The water will simply pass through the filter, not get filtered, and still be contaminated.

And those contaminants can put you at risk of the dangers of not changing water filters, which are the possibility of getting all sorts of health problems. Below are the contaminants you can ingest when you don’t change your filter along with their effects:

Refrigerator water filters are also supposed to get rid of bad-tasting and smelly substances in water. But when an old filter gets clogged, it loses its effectiveness in getting rid of bad tastes and smells. Since it can no longer grasp any contaminant, you’ll be left with a bad taste and smell in your water. 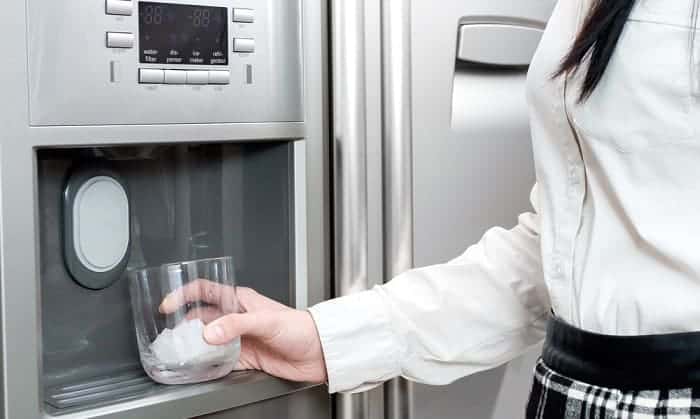 If a refrigerator water filter has not been duly changed, the ice cubes from the ice maker will have a dark, cloudy appearance. Although normally, ice cubes would appear somewhat cloudy from within, they would still be relatively clear when produced with actual filtered water.

However, if a refrigerator filter is old and malfunctioning, the contaminants that it failed to clear away from the water would give ice cubes a dark, cloudy appearance.

A strange texture may also be noticed apart from the dark, cloudy appearance. And sometimes, you may even smell a foul odor from the ice cubes caused by the presence of the contaminants.

Since an old, unreplaced refrigerator water filter has been clogged with contaminants, the water flow would be hampered. There would be very little water coming out at a slow pace, as the contaminant buildup would reduce the pressure in the filter.

If the refrigerator filter remains unchanged, the pressure will continually reduce until the filter gets entirely blocked.

Little or No Ice Production

Similar to the water flow, ice production is also adversely affected. Since the water flow is slowed down, the ice maker’s production of ice cubes would also be slow, and the size of the ice cubes it produces becomes smaller. Or other times, it doesn’t produce any ice at all.

The contaminant buildup would eventually cause the system to malfunction, performing at a low flow and slow pace.

How Often Should You Change Your Refrigerator Water Filter 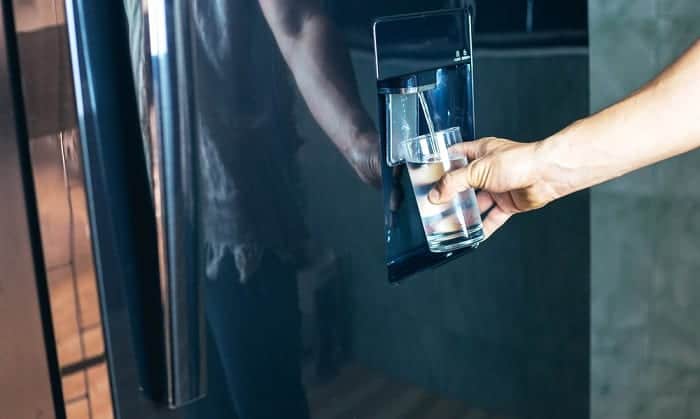 In changing refrigerator water filters, there is a general rule that it must be performed every six months. However, this may also vary among refrigerator manufacturers, ranging from three to six months or even more.

The six-month general rule is applied in refrigerator filter changes because after the duration of six months, water filters would start wearing out and their filtration ability declines.

But because different factors can affect a water filter’s working condition, the frequency of changing your personal filter would depend on those factors. You may be required to change it more often or less often based on those factors such as:

There are a couple of things you can do to remember to change your refrigerator filter. You can either set particular schedules in a year for your filter change, write a reminder on a sticky note and place it on your fridge, or use a reminder app on your phone.

So always make sure to change your filter to prevent the aforementioned dangers of not changing refrigerator water filter. Ensure that you and your family are safe from harmful contaminants that could possibly be ingested through your water supply.